Pubs are the fruit of British culture and history 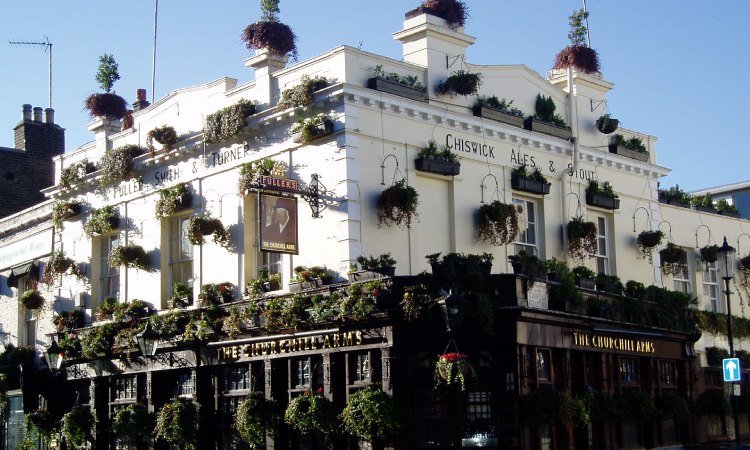 The pub is the fruit of British culture and history. Surprisingly, it's not known what it's like.

The abbreviation of pub appeared in literature in 1865, but around the 13 century, there were many "in" which was the predecessor of pub along the road. There were an astonishing number of travelers in those days, but the conditions for traveling were not in place and they had to struggle to travel along undeveloped roads. Carriages were impassable, and it was only a matter of tying up the horses. In the deeper woods along the way, thieves and robbers lurked, and travelers were always in danger of being assaulted. 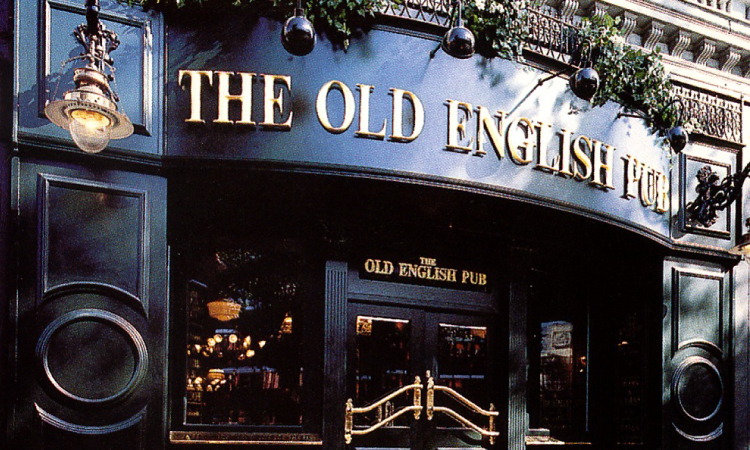 Under these circumstances, the main mission of "in" was to provide people with satisfactory meals, rest, and entertainment, and to provide them with a place to sleep with peace of mind.

At the same time, most villages had "Air House" where home-made ale (Beer) was sold. This ale was made by fermenting wort (unfermented malt made by germinating barley or other grains in water) with yeast, along with hops for flavoring, and was drunk habitually by most people except babies because of its low alcohol content and because good drinking water was rare.

This "Air House" can be said to be the predecessor of today's pub.

In addition, there is "Taban" which still remains in existence today. Although it is difficult to make a clear distinction between a current pub and a pub, "Taban" (TAVERN) means a Latin word for izakaya (Taberna), and since most pub in Britain serve dishes only during lunch time, there is an opinion that the distinction is made by whether or not dishes are served.

Incidentally, "in" (INN) means an inn in Anglo-Saxon.

"in" "Taban" and "Air House" intermingled with each other over time, and the place where people gathered like today "pub" was born. 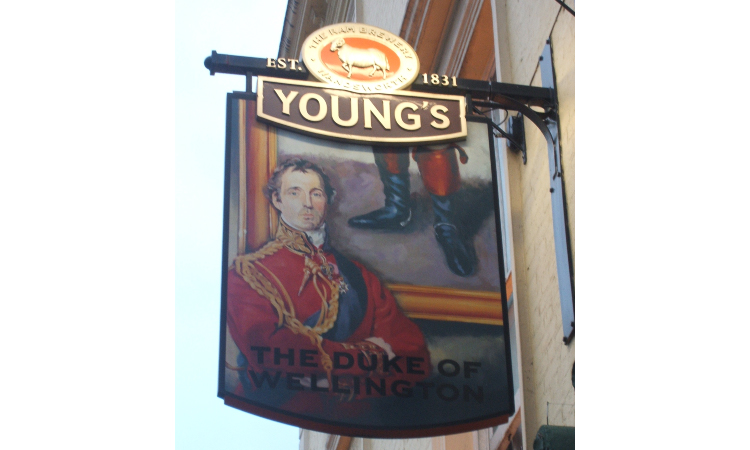 Every pub in England has a wooden sign hanging from a pole that sticks out from the wall. It is said that it started in the 1300s and the king went there for the safety of tourists.

The sign shows the name of the shop and the pictures related to it, and there are a variety of animals, vehicles, crowns and churches. At present, the size of the signboard is decided to be 3 feet wide and 4 feet high.

Deep relationship between PUB and music 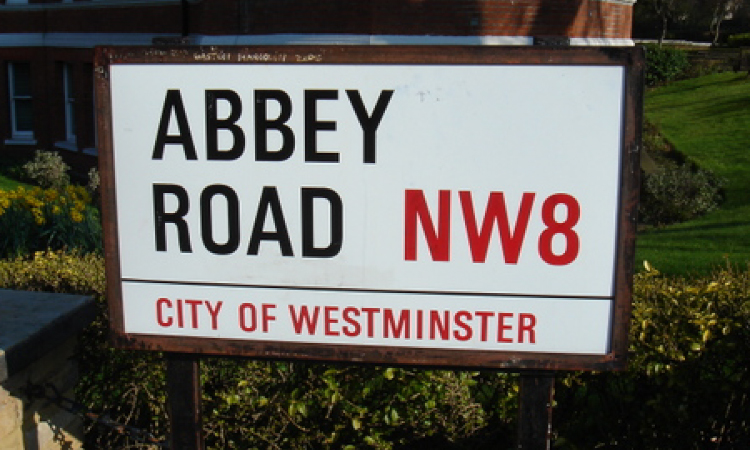 It is meaningless to divide music by country, but rock was born in England, where the Beatles were born. When commercial rock came to a standstill, punk was also born in England. Their bridging role was the pub rock born in PUB.

It was also a direct reaction to the overgrown rock business and star system. There is no clear definition of pub rock, but it has a nuance of "a lock as played in a pub (Izakaya)" which was a place of relaxation for the lower and middle class, and its musicality covers a wide range from rock and roll to country, rhythm and blues. 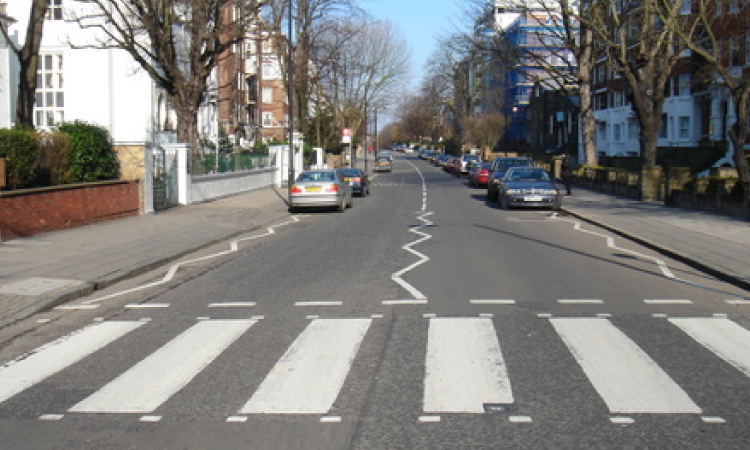 Many of the musicians did not sign record contracts or participate in large-scale tours, but performed locally based activities, such as Brinsley Schwartz, Dr. Fielgood, Ian Durie, and Graham Parker, to whom Nick Rowe belonged. There are also artists with impressive careers, such as Elvis Costello, who went solo from Flip City.

PUB is not just a place to drink. It is a place for information exchange, communication and culture.

How to spend time in a pub

British-born pub has its own style, where anyone can casually drop by, enjoy drinking, talking and enjoying the space.

1.Cash-on-Delivery
You order at the counter and pay at the place.
You can pick up your drink at the counter and drink it anywhere in the store.
2.no-charge
There is no cover charge. Anyone can enjoy the pub easily.
3.Seated or Standing
There are chair seats around the counter, and you can take any seat you like if there are empty seats. You can also drink standing up (standing). You can spend freely anywhere in the store.
4.Communication
Originally, pub is an abbreviation of "Public house (a public house)" so anyone can communicate freely. Many pubs hold various events and have large monitors. 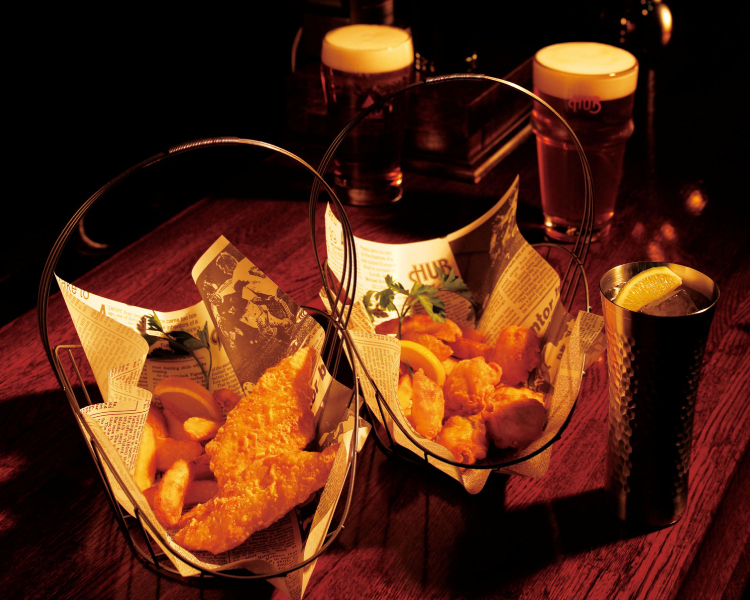 1.Natural fermented beer
Specialized type that does not take in yeast that controls fermentation and entrusts fermentation process to microorganisms in the air. The representative is Belgium's Ranvik beer.
2.Top Fermented Beer
The yeast floats on top of the liquid with carbon dioxide during fermentation at room temperature (Around 13 ~ 38 degrees). Most beers were of this type until the refrigeration technology required for bottom fermentation became widespread.
It can be said that it is a classic type of traditional manufacturing method, but there are many styles in England, Ireland, Belgium and so on. Compared to bottom-side fermentation, it has a stronger aroma and flavor and is often fruity.
3.Bottom Fermented Beer
In the 19 century, refrigeration technology was developed and fermentation was carried out at a low temperature (5 ~ 10 deg.), and yeast was precipitated downward. The characteristics of bottom-fermented beer were mild flavor, good throat feeling, and sharp edge, which were the etymology of the word lager beer.
Thereafter, beer brewed by bottom fermentation and shipped after a low-temperature storage period (Mainstream beer in most countries including Japan) came to be generally called lager beer.

Representative beer of the United Kingdom and Ireland

1.Bass Pale Ale
Born in Burton on Trent, the birthplace of pale ale. Vitale, which imitated the success of Pale Ale and was mainly consumed by pubs in Japan, is known as a representative of ale.
In England, it refers to top-fermented beer in general, and to beer in general except dark colored ones called stout or porter. The Bass Pale Ale is a refreshing type of ale that is easy to be accepted by Japanese people as it has a unique fruity aroma and a texture that comes from the famous water (hard water rich in minerals) used to make beer. This is an English type top-fermented beer made using traditional methods, also known as the British beer.
The red triangle mark of Bus Company is the first registered trademark in the world.
2.Guinness
He was born in Dublin, Ireland. The Guinness Book of World Records makes the world's first stout beer. As the world's No. 1 stout in both name and reality, it is an essential item for the British and Irish pub.
Its characteristic is its smooth and creamy foaming, which is also called velvet. It has a taste like malt or camel, and at the end, you will be able to enjoy the strong bitterness of roasted coffee. I get a dark image from the black color, but it is dry and light when I drink it. Guinness is also fascinating.
Guinness, which was originally called the strong porter, has been improved to the light type with less bitterness by reducing the concentration of wort in order to prevent taxation, and has been called the dry stout.
3.Newcastle
A brown ale born in Newcastle, which flourished in shipbuilding and coal mining in northeastern England. It is moderately rich and sweet, and has a weak bitterness. 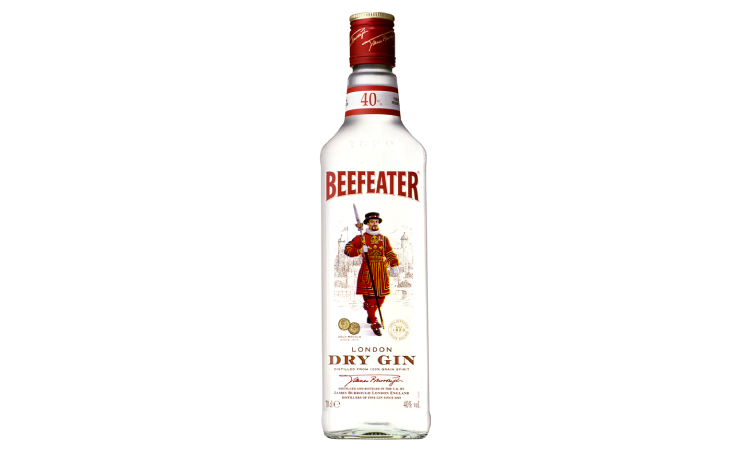 1.Gin & Tonic
Gin and tonic is the most popular cocktail. After World War II, it became the world's most famous cocktail since gin was added to tonic water, a health drink containing quinine to prevent heat and loss of appetite of British people working in tropical colonies. Among gin, premium gin "beefeater" which is still distilled in London is famous. Belonging to an unchanging recipe since 1820, Beefitasan represents London Dry Zinn, the symbol of the British Royal Guard. As beef was supplied to the Imperial Guards at that time, they were nicknamed (BEEF EATER) who ate beef. Founder James Barlow named it "beefeater" to embody the image of a strong gin. 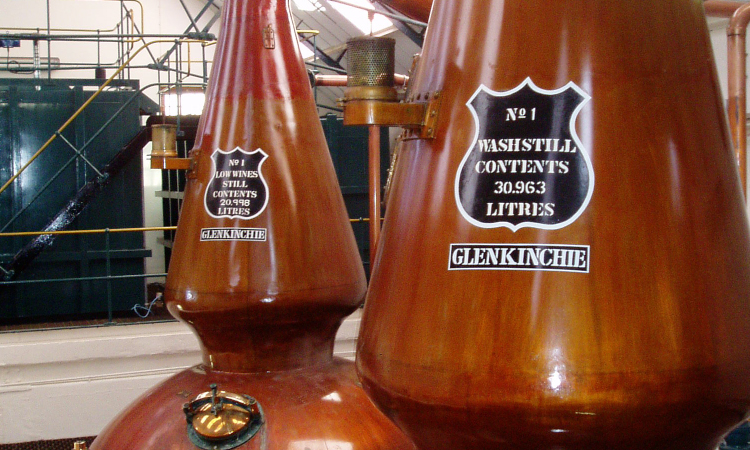 2.single malt whiskey
Whiskey made from malt (Nijo barley) determined by law and aged in a barrel at one distillery.
Whiskey from other distilleries is not mixed at all, so the taste is completely different depending on the distilleries where it is produced, and you can enjoy the unique features of each region with the water, climate and climate of the region and the stubborn devotion of the craftsmen. 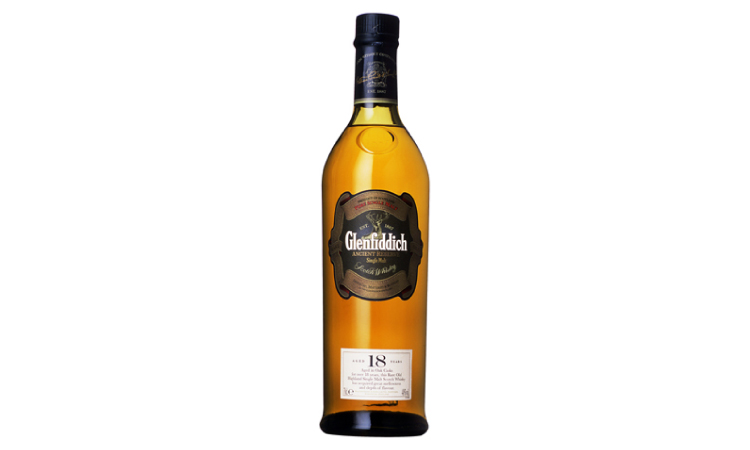 3.Glenfiddich
The world's most popular single malt.
It is a typical single malt from the Spaside region, with its gorgeous and refined flavor. Among the unique single malts, the smooth and light taste and fruity aroma are widely accepted.

How to enjoy single malt

1.Twise Up (TWICE UP)
It is a slightly thicker mixture of malt and water with 1: 1 ratio without ice. Best way to drink malt "scent" "individuality".
2.Float (FLOAT)
Gently pour malt over the ice water as if floating on it. You can enjoy a change of taste with one cup of straight at first, then on the rocks, and then with water at the end.
3.Straight (STRAIGHT)
Enjoy the depth of the malt.
4.On the Rock (ON THE ROCKS)
The style of enjoying the ice melting gradually and the taste and flavor change.
5.Mist (MIST)
Mist means mist. The name comes from the fact that the surface of the glass is white and hazy. A style to enjoy changing taste and fragrance refreshingly.
6.Highball (HIGHBALL)
A refreshing way to drink it mixed with soda water. Also recommended for those who have made a malt debut.

History of whiskey and the United Kingdom 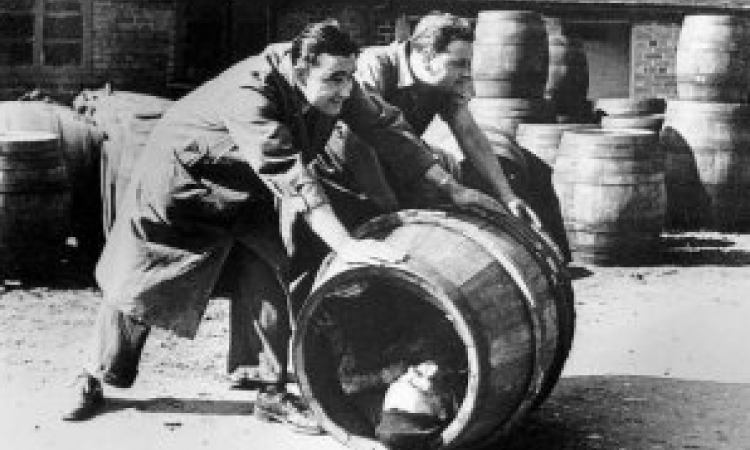 Whiskey dates back to the Middle Ages. In the process of the development of alchemy, the liquid is believed to have the effect of eternal youth and longevity, which is Latin for "Aqua vitae" (water of life).

Eventually, the technique was introduced to the north of Europe, where it was distilled from beer that had been drunk, and was called (water of life) "Uisge Beatha" in the old Scottish and Irish Gaelic, later changing into the word "WHISKY - Whiskey -".

Early whisky was colorless and transparent without maturing, and had a rough taste and aroma. In the 18 century, England annexed Scotland and the government raised tariffs on whisky in one fell swoop. A Scottish farmer who had been making whisky put the bootlegged whisky into an empty sherry barrel and hid it in the mountains to avoid paying the English government liquor tax. The whisky, then, matured in the cask, and had an amber, mellow taste, and a brilliant aroma.

Chivas Regal
A prince of Scotch recognized by the British royal family. Premium scotch with fruity flavor and smooth taste blended with single malt "Strasuaira" at the core, rich aroma and deep clear taste is attractive. 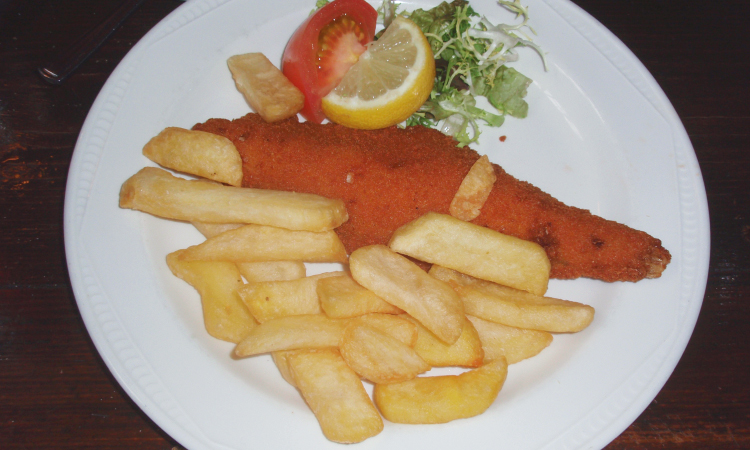 Fish is mainly codfish (codfish) and fried in crispy batter similar to fritters. Chips are fried potatoes. Sprinkle as much salt and malt vinegar as you like on the fish and chips.

The smell of salt and vinegar will whet your appetite. The traditional British No.1 brand "Thursons" malt vinegar should not be forgotten. This namawakiyaku has a mild, less sour taste. Above all, beer will go fast.